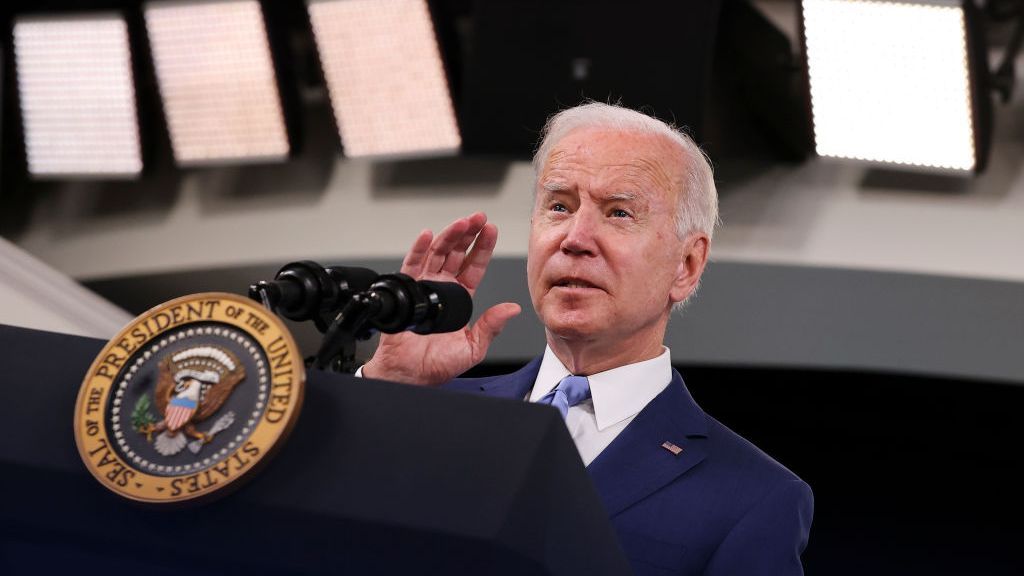 The jobs are out there, but not many are taking them.

That’s the conclusion economists drew from a lackluster U.S. employment report released on Friday, which they view as further proof jobless Americans are still slow to return to the workforce.

In addition to creating just 194,000 new jobs in September, the payroll report released Friday from the U.S. Bureau of Labor Statistics also showed that the unemployment rate dropped from 5.2 percent to 4.8 percent in that month.

President Joe Biden chose to focus on the latter statistic, noting it’s the first time unemployment has been below 5 percent since March 2020. “While progress could be faster, he said in remarks on Friday, “it’s steady and in the right direction.

“It’s a sign that our economy is moving forward, even in the face of a COVID pandemic,” Biden said of the dismal jobs numbers, adding that a continual drop in COVID cases will also help improve economic conditions. “There’s more to do, but it’s great progress. The monthly total has bounced around, but if you take a look at the trend, it’s solid.”

But while the unemployment rate may have fallen, economists were by-and-large gloomy about the outlook for the American workforce and the weak hiring numbers. University of Michigan economics professor Justin Wolfers said that the 194,000 new jobs reported was well shy of the 500,000 jobs economists expected.

“The recovery has stalled,” Wolfers wrote on Twitter. “We’re missing about 8 million jobs, and at this rate, we’re not bringing them back any time soon.”

After a torrid June and July, where employment gains averaged more than 1 million each month, August numbers dipped to just 366,000 jobs, before dropping to fewer than 200,000 new jobs in September. The economy is still more than 7 million jobs behind pre-pandemic projections, economists noted.

Economists also note that despite the recent end of extended federal unemployment benefits, which stopped being paid out in early September, the labor participation rate declined. Some economists tied the latter situation to the effects of the Delta variant of the coronavirus.

“All that talk of the end of unemployment insurance being a big driver. It’s a nothingburger,” Wolfers wrote. “The real issue is — and remains — the virus.”

The market-participation rate, which measures how many people are actively seeking work, remains abnormally low, economists noted. In total 2.2 million fewer people are in the labor force than would be expected given the overall state of the economy, reported economists at the Peterson Institute for International Economics.

Those experts also described the current labor market as “very tight,” noting that there were about 8 million people looking for work while there are nearly 12 million job openings. That’s the largest such gap ever recorded.

“One sign of the tightness of labor markets is the fact that job openings and quits have remained elevated in recent months, showing both that jobs are plentiful and also that people have the confidence to quit their jobs knowing they will be able to find new ones,” wrote economists Jason Furman, a Harvard University professor, and Wilson Powell III, a researcher at the Harvard Kennedy School.

Economist Diane Swonk noted that women have been disproportionately displaced in the labor market through the pandemic lockdowns and subsequent economic recoveries. She noted that the labor market was still missing 3 million workers from February 2020 levels, and 64 percent of that are women.

“Sadly, women dropped out as schools went into quarantines,” wrote Swonk, chief economist at Grant Thornton. “Single moms have been really hammered by uneven school reopening, quarantines and loss of what little childcare is left.”

In fact, University of Michigan economics professor Betsey Stevenson said the lackluster employment for women has been a significant drag on the current recovery.

Wages continue to soar, they wrote, and at 0.6 percent, rose faster in September than any other month this year. It’s the fastest growth in wages for U.S. workers since the early 1980s. The rising wage data shows that employers are increasingly dependent upon higher pay to attract the labor they need to run their businesses.

“Many employers bet wrong that they could avoid raises if they could limp through summer. They preferred paying overtime on a few extra hours past 40 rather than increases to everyone’s base wage or to hiring at the wage required,” wrote Roosevelt Institute economist Aaron Sojourner, noting many believed that once unemployment extensions ended and schools reopened, more workers would be available.

And the hiring issues for employers are likely to persist, noted Daniel Zhao, chief economist for job-search site Glassdoor.

“It’s instructive that many large employers were starting wage increases pretty early in the spring, before many small businesses followed suit,” he wrote on Twitter. “Larger employers have more data to work with and based on their actions, they clearly think hiring difficulties are going to persist.”

The latest payroll report will also be significant for federal policymakers, who will use the data to decide whether to reduce federal assistance to financial markets. After the pandemic started, the Federal Reserve began buying $120 billion a month in U.S. treasury and mortgage debts to help keep financial markets sound, thereby helping slow the job-growth numbers.

The September numbers are the last ones the Federal Reserve Board will see before its next meeting, on Nov. 3, when it will decide whether to reduce (or “taper”) its bond-buying program.

Edited by Matthew B. Hall and Bryan Wilkes