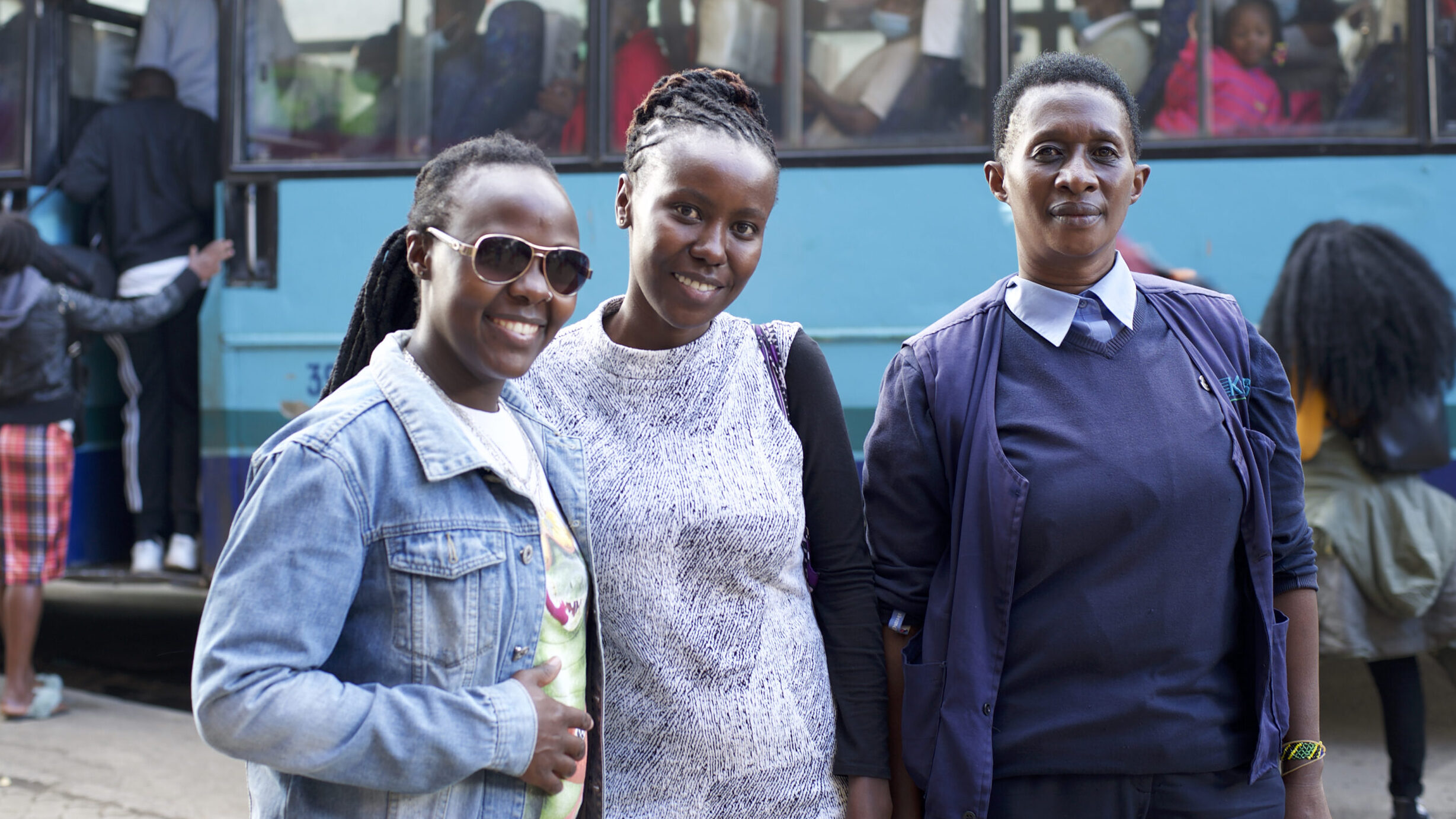 NAIROBI, Kenya — While studying at the United States International University in the Kenyan capital of Nairobi in 2008, Naomi Mwaura witnessed something that changed her life.

As Mwaura and three of her friends traveled near their campus on a matatu — privately owned minibuses that provide public transport — they watched a crew assaulted a young woman over what they described as “improper” dressing.

“My friends and I were perturbed and realized it could easily have been one of us, and wondered how we can avert such situations in the future,” she told Zenger.

Kenya’s matatus are famous for their unruly behavior — disobeying traffic rules at will, and often bringing the city roads to a standstill. Their crews also often harass passengers, especially women, for perceived failures to dress appropriately.

As a male-dominated sector, the few women who venture into the business often complain of harassment from male colleagues, and even from police officers.

After the 2008 incident, Mwaura and her friends partnered with Ujamaa Africa, a Nairobi-based organization advocating for women’s empowerment, to help equip women with self-defense tactics.

In 2013, that became the Flone Initiative.

The organization encourages women to take up decision-making positions in the transport industry and to professionalize the industry. They run training programs that equip the crew with skills that include customer service and navigating an intense work schedule from 4 a.m. to 10 p.m.

“It is an industry that is close to my heart, having seen my uncle run a successful matatu business, which employed many of my relatives as touts and drivers,” Mwaura said. “My perception of the industry was different until I joined campus and realized everyone looked down on matatu staff, but I’m optimistic we can redeem this image.”

Besides unruly male crews, women who venture into the industry often have to deal with police who do not officially book some cases, and at times even assault them.

Naomi Ngugi, a former conductor with Umoinner Sacco, one of the biggest matatu groups plying the Eastlands part of Nairobi, still remembers the assault she endured at the hands of police in March 2020 enforcing the Covid-19 containment measures.

“There was a slight delay in closing down that particular evening, but I had to wait for my day’s dues since it was the only money I was relying on to feed my child,” she told Zenger. “I was just about to leave for home around 9.15 p.m. when two police officers approached and started hitting me from the back.”

“They then lifted me and threw me at the back of their patrol car.”

Her crime was being out after 9 p.m., the official curfew time.

“I begged for mercy in vain. Two other police officers were at the back of the vehicle continued hitting me with batons on my back. I explained to them that I was a conductor and had a valid public service vehicle operator’s badge, but that fell on deaf ears. Eventually, they let me off after taking my day’s earnings of Sh1,200 [ about $10]. I hurriedly walked home, hoping not to bump into other police officers.”

The pain and trauma of the experience registered when she got home. She barely ate for three days, and her hands felt numb.

“I was traumatized and decided to quit the industry. I never renewed my badge again. That was the last time I worked as a matatu tout.”

Harassment in the transport industry extends to female commuters too.

Anita Mweni, a clothes’ seller in Nairobi, said she and her friends could not wear short dresses, fearing harassment by touts.

“Last year, my friends and I watched in shock as touts stripped a woman at a matatu stage near my home claiming she was indecently dressed,” Mweni told Zenger. “To avoid such incidences, you either have your boyfriend accompany you when you have to wear something short, or you take a cab.”

In September 2014, thousands of people demonstrated on the streets of Nairobi in support of a young woman who was assaulted and stripped naked at a matatu terminus for “indecent” dressing.

The incident led to a campaign dubbed #MyDressMyChoice.

After the incident, similar videos of different women being assaulted due to their dressing choices emerged. But many more go unreported.

The Flone Initiative’s first-ever job in 2013 was a training session for matatu crew in Nyeri town — about 90 miles north of Nairobi — after a young woman was stripped naked at a bus terminus.  The organization then developed a curriculum in 2014, and the training took shape after that.

Flone Initiative has trained 25 women and 800 male operators in Githurai 44, Githurai 45, Kayole areas of Nairobi, and Nakuru town, 93 miles west of the capital.

“We usually go to problematic areas and talk to the men who strip women, for instance. We have professionals who do training. The feedback is encouraging. Some matatu saccos [savings and credit cooperative societies] we trained have developed a grievance system, which receives customer complaints,” Mwaumi said.

“They had also hired more women.”

However, many matatu owners do not want an empowered workforce and feel threatened when their staff are more conscious of their rights.

Flone Initiative has partnered with various organizations like the National Gender and Equality Commission to counsel matatu staff who have gone through traumatic experiences on the road. She said they now plan to extend their reach beyond Kenya.

“We were all set to venture into the East African region last year, were it not for Covid-19 pandemic. However, our short-term goal is to start a school in Kenya to train those in the transport industry.”

Edited by Kipchumba Some and Alex Willemyns