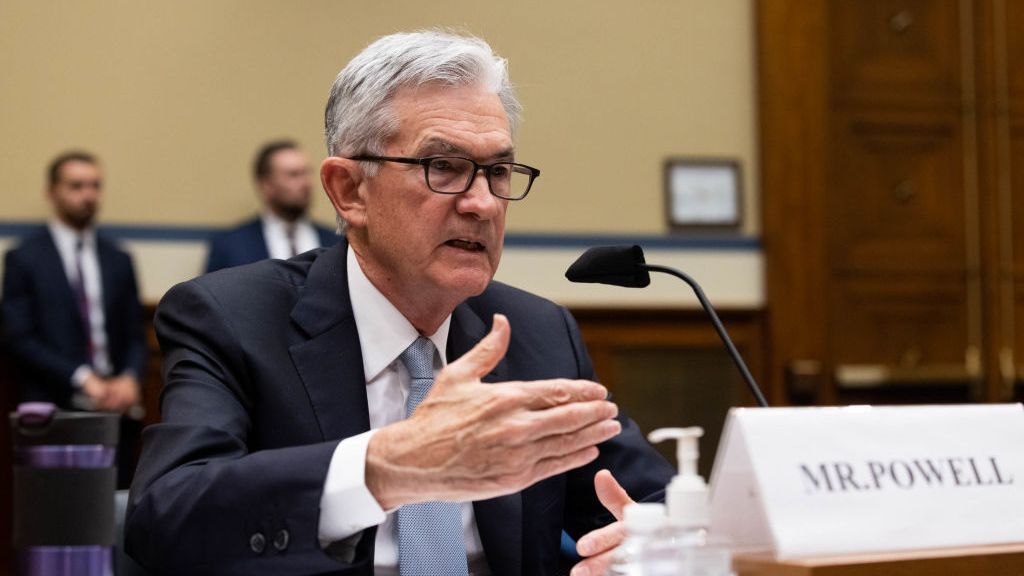 “That’s the difficult position we find ourselves in,” Federal Reserve Chairman Jerome Powell told Congress last Thursday, a day before federal officials got another report showing inflation reaching a 30-year-high.

The Federal Reserve may not need to employ tools to slow inflation, said Powell, while acknowledging that the rise in prices of goods and services was well above the Fed’s annual target of 2 percent.

In fact, it’s more than double that, as the release of the Personal Consumption Expenditures price index showed that prices for goods and services in August 2021 were 4.3 percent over last August’s prices. The August increase of 0.4 percent mirrors its July jump, as Diane Swonk, chief economist at Grant Thornton, said it was the highest annual jump in inflation since 1991.

“A sharp increase in energy prices was the largest single contributor to overall inflation in August, a trend that will continue in September and is undermining the ability of low-wage workers to commute to jobs farther from urban centers,” Swonk wrote.

The inflation index is one that the Federal Reserve Board monitors for its policy decisions, noted Swonk, which will soon include whether to slow pandemic relief for markets, through its $120 billion monthly purchase of treasury and mortgage debts, or to raise interest rates by increasing the federal funds rate, which would cool inflation.

However, Powell told Congress that efforts to fight inflation through higher interest rates could also end up slowing job growth, as borrowing would become more expensive, potentially undercutting business expansion. It’s one of the unique challenges in managing the recovery, Powell said.

Generally, inflation is low when unemployment is high, Powell said, giving the Fed a useful tool to boost the economy by lowering interest rates. However, the pandemic created a unique scenario of high inflation alongside elevated jobless levels.

While inflation is well above the Fed’s 2 percent target, Powell and members of the central bank believe the high inflation is only temporary.

“We have an expectation that high inflation will abate, because we think the factors behind it are temporary and tied to the pandemic and the reopening of the economy,” he said.

When that will happen is unclear, he told the congressional panel. Supply-chain disruptions are a major contributor to inflation, Powell said, which is something over which his organization has no control. Additionally, stimulus spending has helped drive inflation higher.

Powell said efforts to fight the pandemic will lead to more job growth, while the continued reopening of the economy will cause inflation to fall.

“Factors related to the pandemic, such as caregiving needs and ongoing fears of the virus, appear to be weighing on employment growth,” Powell said.

Meanwhile, the Department of Commerce Bureau of Economic Analysis on Friday reported that people were spending more in August, as personal consumption expenditures increased 0.8 percent overall, and 0.4 percent after accounting for inflation.

Much of that spending was on school supplies, clothing, recreation and other nondurable goods. But spending on big-ticket items, such as cars and homes, is still down, Swonk said, partly as supply chain shortages continue to hobble markets. Also, consumers scared off by higher prices, she added.

The data show that consumer spending habits that changed due to the pandemic are still lingering, Harvard University economics professor Jason Furman wrote on Twitter Friday, as people are spending more on goods and less on services. In fact, Furman noted that compared with pre-pandemic projections, spending on goods is up 8 percent on the pre-pandemic trend, while spending on services is 5 percent below the trend.

“Some of the large remaining service shortfalls are in health, recreation and transportation,” Furman wrote.

But while spending was up, people also had less to spend.

Personal disposable incomes fell 0.3 percent in August, taking inflation into account. The drop comes after the same index saw incomes rise 0.7 percent in July. Grant Thornton’s Swonk anticipates more income losses in September, as the end of extended unemployment benefits will begin to show up in the data.

“Higher wages were wiped out by the rise in inflation during the month,” Swonk said.

One factor balancing the data were payments made through monthly child care tax credits, which were expanded after Congress passed the $1.2 trillion American Rescue Plan in March. Instead of a $2,000 credit for each child, the bill expanded the credit to $3,600 for children under 6 and $3,000 for children 6 to 17 for 2021. Additionally, the credit extension was made available as monthly payments, instead of being delivered as tax returns, said the Tax Foundation.

The effect of these credits aren’t just showing up in the economic data, but in the poverty numbers too, Swonk wrote.

Edited by Matthew B. Hall and Bryan Wilkes