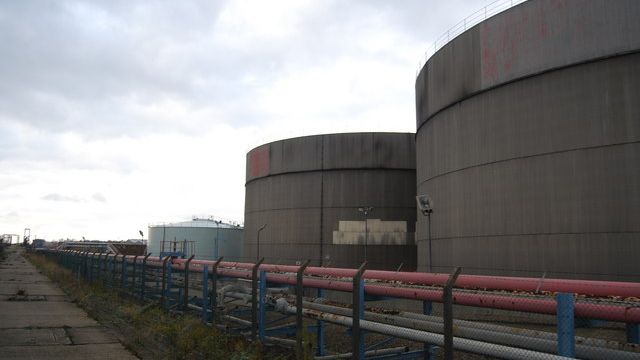 “Looking at the report, I would say it was slightly disappointing,” said Giovanni Staunovo, a commodities analyst at Swiss investment bank UBS. “But oil prices held up, reversing the selloff of Monday as result of an improvement of risk sentiment in financial markets.”

The price for Brent crude oil, the global benchmark, fell roughly 6.8 percent in Monday trading. That followed a decision from OPEC and its allies, in a group known as OPEC+, to ease back on production restraint meant to decrease market volatility and allow for another 400,000 barrels of oil per day on the market starting in August. The action will help avoid a supply shortage that would have sent prices higher.

Crude oil prices had nonetheless been on the decline for much of the month. Inflationary pressures have dampened consumer confidence and a resurgence in new cases of COVID-19 have led to concerns about the extent of economic growth for the year.

Staunovo added if it weren’t for a “buy the dip” mentality following the close of trading on Monday, crude oil prices would have likely moved lower during the Wednesday session. Brent was flirting with a rally of 4 percent after the release of federal energy information to trade at approximately $72 per barrel, though that’s still below the yearly peak near $77 per barrel.

On the supply side, the increase in crude oil inventories was largely due to an increase in imports. The federal government reported that crude oil imports averaged 6.4 million barrels per day over the last four-week period. That’s only 2.9 percent below year-ago levels, when the economy was faltering under the strains of the pandemic. Weekly import levels were closer to 7.1 million barrels per day.

Elsewhere, the federal government reported that the total amount of petroleum product supplied to the market, a loose proxy for demand, averaged 20.6 million barrels per day over the last four-week period. That level is still lower than the similar period in 2019, which shows demand might not be back at pre-pandemic levels yet.

Phil Flynn, an energy analyst at The PRICE Futures Group in Chicago, said demand for refined products typically falters after the July 4 holiday. With inflationary pressures mounting, and with retail gasoline prices at multi-year highs, he said that demand seems to be cooling off a bit when taking into account seasonal factors.

But for Abhi Rajendran, the head of global oil and downstream markets for Energy Intelligence, the U.S. demand picture still looked relatively strong.

“U.S. demand is basically the main good thing around the world,” he said.

The post U.S. Demand For Oil And Gas Stumbles, But Does Not Fall appeared first on Zenger News.