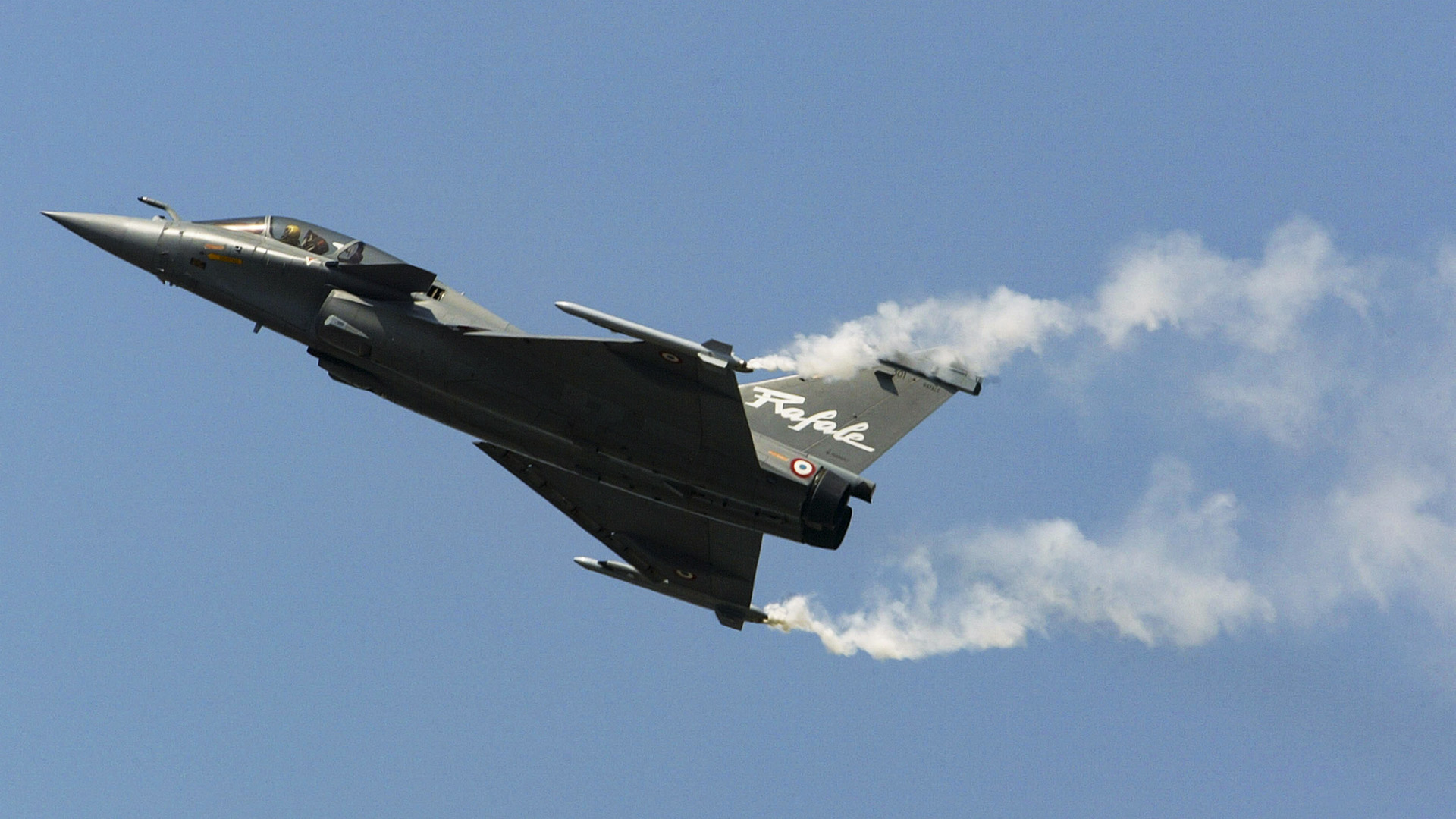 KOLKATA, India — India was the third-largest military spender globally in 2020, a report by the Stockholm International Peace Research Institute states. The top spender was the United States followed by China.

The institute, which tracks global arms trade and army expenditure, noted that the U.S. accounted for 39 percent of the money spent on military globally, followed by China and India accounting for 13 percent and 3.7 percent, respectively.

“The five largest spenders in 2020, which together accounted for 62 percent of global military expenditure, were the U.S., China, India, Russia, and the United Kingdom. Military spending by China grew for the 26th consecutive year,” states the report.

In absolute figures, the U.S. spent $778 billion, China $252 billion, while India’s total military expenditure stood at $72.9 billion. Even during a pandemic and resultant lockdowns, the three countries saw a rise in military spending against 2019.

“India has a collusive threat from China and Pakistan,” retired Indian Navy Captain D.K. Sharma told Zenger News. “The threats are expansionism from China and terrorism from Pakistan. The Indian Army is tied down by the two neighbors, which has led to heavy military expenditure. India needs the heavy expenditure for security.”

India has a history of military tensions with Pakistan. The countries have fought four wars since the partition of the subcontinent. And, India has often alleged Pakistan of funding terrorist activities across the international borders.

In the report, Pakistan ranked 23rd and spent $10.4 billion on its military in 2020, accounting for 0.5 percent of global military expenditure.

China’s rise as a superpower over the past few decades has also been a concern for India, making it boost spending on its military. India and China — the two South Asian giants — have seen an increase in military standoffs over the past few years.

In June 2020, soldiers of both sides clashed at the Galwan Valley in the mountainous region of Ladakh. Both the countries reported and acknowledged deaths on their respective sides and accused the other of provoking military tensions at the border.

Sharma believes the increasing footprint of the Chinese Navy in the Indian Ocean Region is keeping the Indian Army troubled.

“For India to be seen around in the Indian Ocean Region, the expenditure and presence will have to be ramped up quickly to counter the effects of the Chinese deployment. The U.S. usually focuses on research and development, space, and cyber technology. However, China is focused on manufacturing defense equipment and supply chain.”

India and China share a border of 3,440 kilometers (2,100 miles). The nations are rapidly building infrastructure along the Line of Actual Control — the international border separating the two nations.

India constructed a new road to a high-altitude airbase in the Pangong region in Ladakh, which sparked the violence at the Galwan Valley, leaving at least 20 Indian soldiers dead.

Since 2019, India’s spending on military increased by 2.1 percent, whereas the increase for China and the U.S. was at 1.9 percent and 4.4 percent, respectively. Pakistan’s spending, however, dipped by 2.8 percent in the same period.

From 2011 to 2020, China saw a 76 percent hike in military expenditures, Pakistan saw a 55 percent hike, while India’s spending grew 34 percent. The U.S. recorded a drop of 10 percent in spending in the same period.

“India is ranked third because most of the equipment is imported from outside,” Sharma told Zenger News.

“India is spending heavily on bolstering its defense. Rafale aircraft [from France] and several other types of equipment like the Shivalik class ships have cost us money. For next several years, the Indian Army will be occupied in the Eastern Ladakh region to defend China’s intrusion.”

Sharma believes with the present profile of global security and geopolitical relations, the trend of rising military expenditure would continue in 2021.

The total global military expenditure rose to $1,981 billion in 2020, increasing 2.6 percent from 2019. The increase in world military spending came in a year when the global Gross Domestic Product (GDP) shrank by 4.4 percent, as projected by the International Monetary Fund, mainly due to the economic impact of the Covid-19 pandemic.

“China stood out as the only major spender in the world not to increase its military burden in 2020 despite increasing its military expenditure,” said Nan Tian, senior researcher at Stockholm International Peace Research Institute, in the report. “This was reflective of its positive GDP growth last year.”

“The ongoing growth in Chinese spending is due in part to the country’s long-term military modernization and expansion plans, in line with a stated desire to catch up with leading military powers.”

The Indian military spending accounted for 2.9 percent of its GDP, while the numbers for the U.S., China, and Pakistan were 1.7 percent, 3.7 percent, and 4 percent, respectively.

“These are routine spending from the military,” Maroof Raza, a defense analyst and former military officer, told Zenger News.

“It can never be based on the pandemic or the GDP of a country or the world. The process for buying equipment and ammunition from other countries is a long, drawn-out one. The deal to buy these weapons was not done in 2020 but signed previously.”

“The Indian military has evolved significantly since the British era and will evolve more for the prospects of warfare.”

He noted that it takes at least six to seven years to sign and negotiate on a defense deal, often marred with procurement scams and bureaucratic hurdles.

“The wayward Indian procurement ecosystem periodically undergoes a mild course correction, typically prompted by embarrassing media reporting of serious issues in readiness and capability, or increased tensions with neighbors, and sometimes, an actual outbreak of hostilities,” notes a February 2021 report by the Observer Research Foundation.

Despite the Covid-19 pandemic sucking dry most of India’s resources and budgetary allocations, the Indian government had very few options but to spend more on its military development.

China’s heavy investments in Pakistan under the China Pakistan Economic Corridor (CPEC) poses a set of unique problems that challenge the territorial sovereignty of India. The around $50-billion CPEC originates from Kashgar in China, traverses Gilgit-Baltistan, and culminates at Pakistan’s Gwadar port on the Arabian Sea.

“For India, the CPEC has become a two-edged sword — appalling economic logic on one side, and sovereignty on the other,” reads an article on the website of East Asia Research Programme, which is hosted by the Indian Council for Research on International Economic Relations.

“Of late, the idea to prioritize economic relation over territorial sovereignty appears to be gaining momentum among a section of policy-making circles. Amidst the hype surrounding the CPEC, it is pertinent to note that increased connectivity with China need not necessarily be a boon for the engaging country.”

The UAE recently brokered a ceasefire agreement between India and Pakistan. But tensions and exchange of fire across the Line of Control, the unofficial border separating parts of Kashmir administered by the South Asian countries, are routine.

Recent border skirmishes rose in late 2016 and continued till 2018, killing dozens and displacing thousands of civilians on both the side.

However, veterans consider China to be a bigger threat than Pakistan.

“India should not make a benchmark with Pakistan for comparison. Instead, the comparison should do it with China,” said Sharma.

“China is expanding very fast and is a credible threat to this nation. They are producing equipment as if they are producing toys. The Indian Army is removing the units that are not required instead of spending on other things such as robotics and artificial intelligence.”