“This grant reflects our commitment to meet the changing aviation needs of airports around the country,” said U.S. Transportation Secretary Anthony Foxx. “As economic and demographic changes occur, the U.S. Department of Transportation remains committed to helping state and local governments provide the necessary infrastructure to meet transportation demands.”

North Dakota is the second largest oil-producing state in the United States. Oil drilling operations have increased Williston’s population and increased passenger traffic, corporate aviation activity, and cargo operations at Sloulin Field. From 2008 to 2014, passenger enplanements increased from 10,894 to 114,281, with more growth expected. The FAA has been working with the North Dakota Aeronautics Commission and the City of Williston to address the region’s aviation needs.

The FAA recently completed an Environmental Assessment that identified no significant environmental concerns with the proposed project.

“Investing in our nation’s airports is important to the national air transportation system,” said FAA Administrator Michael Huerta. “We look forward to continuing to work with our partners in North Dakota as we embark on this important project to provide safe and efficient air transportation to the Williston region.”

The new airport will be called Williston Basin International with XWA as the three-letter airport identifier. It is expected to be open in 2018.

Prior to the environmental work, the FAA funded a master-planning study to determine how to best address capacity at the existing airport. The study showed that Sloulin Field is constrained by surrounding development and the cost to improve the airport is not economically feasible. The study recommended building a new airport in a different location that could safely accommodate current and future demand.

This AIP grant will help with the purchase of 1,540 acres of land. The land transaction is expected to be completed by summer 2016. Construction should begin in fall 2016.

The total project cost, including land and construction of the new airport, is an estimated $254 million. The airport will be built in phases, with future funding from the City of Williston and the State of North Dakota with the possibility of additional grants from the FAA.

The AIP provides more than $3 billion in annual funding for projects that are vital to maintaining the safety, security, capacity, efficiency, and environmental stewardship of the nation’s airports. More than 3,300 airports are eligible for AIP grants benefiting commercial passengers, cargo operations, and general aviation activities throughout the nation. 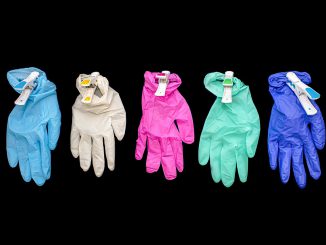