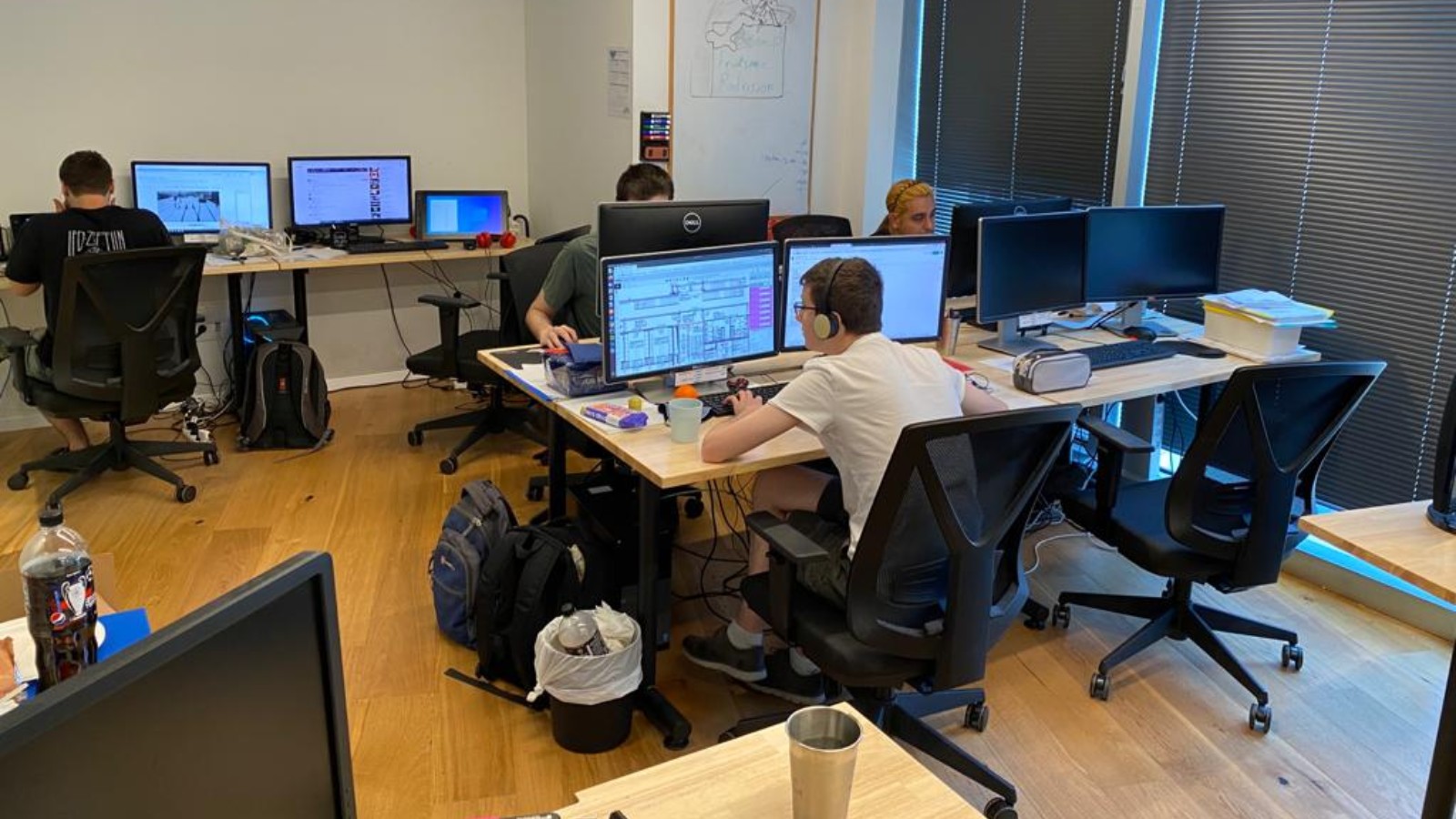 By 2025, an estimated 500 exabytes of data will be created globally every day. To be usable, it must be annotated — a highly detailed and repetitive task that can lead to errors and employee burnout.

That’s why Point.AI hires only high-functioning individuals on the autism spectrum. They are well suited to the task due to their heightened sense of curiosity, ability to see patterns and details, and determination to get the job done.

“After spending three years in the army doing administrative work, I was struggling with my job search,” said Yalon Shani, 25. “I was even going into stores to ask if they need employees. And then about two years ago, an organization that helps people on the spectrum find work told me about a company that had just started on a pilot basis and was hiring.”

That was Point.AI. Shani did a tryout and two months later came on full time as one of its first employees.

“I mostly analyze images, but the tasks vary from project to project,” he said. “We look for certain objects and feed the data into a computer so it learns to do it by itself — we’re facilitating artificial intelligence.”

Though the work can be tedious, Shani says he enjoys the work environment and his interactions with the people in charge.

“I am learning skills and building my confidence. And outside of work, they spend time helping us grow, like working through problems and becoming better people overall,” he said.

He believes his experience at Point.AI will help him advance in any field.

When he told team leader Shir Bartzur — a human resources specialist from the Shekulo Tov organization that develops and provides supported vocational employment for people like Shani — that he dreams of being a teacher, “she occasionally nudges me in that direction,” he said.

Point.AI was founded in June 2019 and now employs 14 people, 10 of whom are on the autism spectrum. All work in data annotation.

“Three of our workers have been with us since day one. That is significant in this field,” said Point.AI managing director Tomer Gorovici, 23, who helped co-found the company.

While they are all on the spectrum, “it’s more diverse than it sounds,” he said. “Each has individual differences. For example, one of our employees also has Tourette’s Syndrome.”

“The whole idea came from Ro’im Rachok  [Looking Ahead], an amazing initiative in the IDF [Israel Defense Forces] to train soldiers on the autism spectrum in professions required by the army and the civilian market,” said Gorovici.

“We took two of their soldiers who were fresh out of the army for our first project. We started in one small room, and we’d sit and teach them.”

Point.AI services 15 startups and most of the defense industry companies in Israel, including Rafael Advanced Defense Systems.

Data annotation, Gorovici said, “is usually done in the Far East with cheap labor, or by students. Many people have a hard time maintaining high-quality work and remaining on the job. After a few weeks many have a hard time and give up.”

In contrast, he said, “For many workers on the autism spectrum, an important part of what they look for in a job is repetition, and they’re really good at maintaining quality and efficiency. They’re very detail oriented, and good at precise and complex projects that require patience.”

Eager to prove themselves

Point.AI may be unique as a company that relies solely on people on the autistic spectrum, he said.

With the help of their human resources manager, Tamar Dvir, a creative-arts therapist specializing in autism, the Gorovicis do all they can to provide employees with the right environment and tools to succeed.

Team leader Bartzur said the collaboration between Point.AI and Shekulo Tov began with the recognition that the difficulties and specific needs of employees with disabilities require adapted management styles, training and guidance.

“The Shekulo Tov group has a project called HighEnter, which is a program for integrating employees with disabilities in the high-tech industry,” she said.

HighEnter integrates groups of employees with disabilities — all with a technical background and excellent English — into workplaces as a dedicated team, with a representative who manages and coordinates their work.

“My role is to verify their professional training, their ability to meet company goals and most importantly to prepare them better for emotional and professional coping in the world of work,” she said.

Gorovici said Point.AI has high expectations for the workers and they are eager to prove themselves.

“We are trying to show the industry that if you give them a warm environment and all the tools and help they need, it is cost-effective to hire people on the spectrum.”

The startup finds workers in several ways in addition to Ro’im Rachok. The Israeli government provides employment counseling for every Israeli adult on the spectrum through a network of organizations and companies. Point.AI even gets inquiries directly from parents of high-functioning adults with autism.

“We are giving them a platform to use their skills that they may not have had otherwise,” he said.

“They really feel part of something in a way that uses their disadvantages to their advantage. They are very good and caring workers.”

Because autism is more common in males, the current team is all men, but Gorovici said they’re actively seeking female employees as well.

The Tech Startup Where Most Employees Are On The Autism Spectrum appeared first on Israel21C.

The post The Tech Startup Where Most Employees Are On The Autism Spectrum appeared first on Zenger News.