As racial tensions and disparities have skyrocketed in almost every category of American life, Chavis and the show’s producer Clara Wilkerson says it’s time for a program that challenges the mind and focuses on solutions. They believe the show, Chavis Chronicles, is among the answers. PBS apparently agrees.

“Our nation is polarized by race; polarized by politics; polarized by economics; polarized by health disparities; polarized by the pursuit of education and the education gap; culturally polarized; ethnically polarized; religiously polarized,” Chavis said in an interview with the Trice Edney News Wire. “And so, with all of these multiple polarizations that are undergirded by systemic racism, having a national one half hour in depth discussion about these issues – particularly from an African-American perspective – which the main stream media has not really chosen to focus on, will be crucial.”

American Public Television (APT),the leading syndicator of high-quality, top-rated programming to the nation’s public television stations, has confirmed that Chavis Chronicles is set to air in top markets across the nation, starting Oct. 1.

“We have reviewed the materials and are pleased to confirm it has been accepted for release in October, 2020 to the nation’s public television stations,” said a letter to Wilkerson from Judy Barlow, APT vice president for business development. “We are honored to work with you and Dr. Chavis on this fine series which will bring important conversations to the American people. Thank you for bringing it to us.”

Wilkerson, an award-winning independent producer, has worked with PBS for more than 25 years. Her company, CRW Worldwide, Inc.,has produced more than 25 documentaries and video productions held in over 300 libraries internationally. Wilkerson says she created the Chronicles format specifically with Chavis in mind.

“I first and foremost see this show as one that touches the mind, body and soul. PBS is intellectual,” Wilkerson describes her vision for the show. “We’re bringing this program to those who want to see something more introspective – deep thinkers, change makers, leaders – but then we’re not snobs. We’re not saying we just want to do it for those who are highly educated. We want people who are into social justice and what’s good for the masses.”

Chavis Chronicles will be rare programming as there are currently no weekly talk shows on network television specifically from a Black perspective. Also, unlike cable television, PBS is still free of charge, which makes it accessible to people of all income levels, Wilkerson points out. “That’s why PBS is a great place for this. There’s no better place because we can reach the masses.”

PBS is a non-profit corporation established by Congress in 1967. It is funded by multiple resources, including private donations, foundations, federal funds, and dues from member stations. Chavis Chronicles will be self-funded, including through advertising sales, “so we can be more autonomous,” Wilkerson said.
﻿

An APT “Fact Sheet” describing the programming ofChavis Chronicles in its first year calls it “a thought-provoking half-hour weekly series with an urban American flair, featuring interviews with famous leaders and politicians, doctors and scientists, cultural leaders and influencers from around the globe…The Chavis Chronicles goes beyond the headlines offering insights on matters that impact the public and provides a unique perspective from a renowned living legend of the African American community.”

Chavis says the first episode will feature an interview with U. S. Rep. Jim Clyburn (D-S.C.) in his home office in Columbia, S.C. It will not only spotlight Clyburn as the nation’s highest-ranking Black lawmaker in his role as House majority whip; but also his family roots and civil rights background.
A social justice activist of more than 60 years, Chavis says his experiences have given him an appeal to people from all walks of life. He started his civil rights career as a youth coordinator for Dr. Martin Luther King Jr. He earned his Master of Divinity degree from Duke University while serving an unjust 34-year prison sentence as a member of the Wilmington 10, who Amnesty International declared political prisoners. The Wilmington 10 case garnered international attention and was pardoned 40 years later. He also received a Doctor of Ministry degree from Howard University. He believes Chavis Chronicles will draw a vastly diverse audience despite it being from an African-American perspective.

As president/CEO of NNPA, the Black Press of America, Chavis already has a broad weekly audience as a columnist. He also serves as board chairman of the National Association for Equal Opportunity in Higher Education (NAFEO) and is a regular contributor on the Black News Channel. However, he stresses that his new role as a PBS talk show host will be independent of all of his various other positions and responsibilities.

“And so, we have an unprecedented opportunity to present an in depth discussion; an in depth analysis and also to talk about some solutions to the problems that beset America and that beset people of color throughout the world; particularly those of African descent,” Chavis concludes. “My whole career is about freedom, justice and equality. But, overarching, the struggle for freedom, justice and equality is to stand for what’s true. Speaking truth to power, publishing truth to power, distributing truth to power. Now I have an opportunity to broadcast truth to power. If the Chavis Chronicles is going to represent anything, it’s going to represent the truth.”

Find out more at (TriceEdneyWire.com) 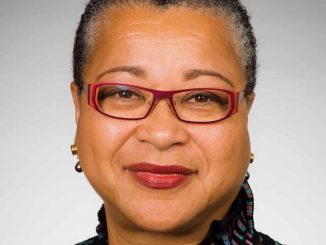 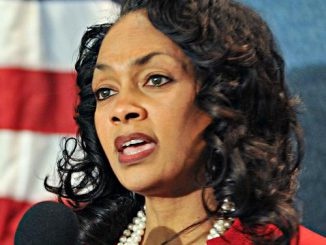 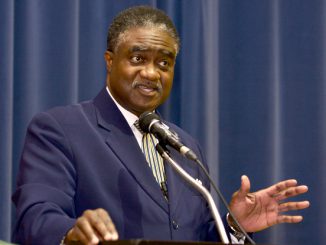 Sharpton Eulogizes George Curry: ‘I Have Fought a Good Fight, I Have Finished My Course, I Have Kept the Faith!’