Focusing on the U.S. Black Chambers, Inc. (USBC) mission, he remains steadfast in supporting business organizations in their work of developing and growing Black enterprises

Ron Busby, Sr. is the President and CEO of the U.S. Black Chambers, Inc. (USBC), whose mission is to “provide committed, visionary leadership and advocacy in the realization of economic empowerment”.  Ron said, this philosophy is achieved through the creation of resources and initiatives that support African American Chambers of Commerce and business organizations in their work of developing and growing Black enterprises. 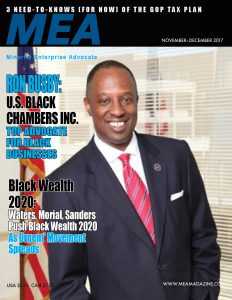 Before Ron was at the helm of the USBC, he was a successful businessman in his own right, growing his first of three profitable ventures, USA Superclean, from a $150,000 annualized revenue to over $15 million in only 8 years.  In addition to running 3 successful ventures, Ron also served as a Member of the Advisory Council of Underserved Communities at the U.S. Small Business Administration (SBA), was President of the Greater Phoenix Black Chamber of Commerce, was President of the 100 Black Men of the Oakland Bay Area, served on the Board of Directors of the Arizona Governor’s African American Leadership Council, and remained an actively engaged member of Kappa Alpha Psi Fraternity Incorporated.  Ron became involved in civic leadership in the City of Phoenix while running the Greater Phoenix Black Chamber of Commerce.  Five years later he started the U.S. Black Chambers during the campaign of both then Senator Barack Obama and Senator John McCain.  Ron said, he established relationships with Democrats and Republicans when the U.S. Black Chambers was created in 2009, which proved beneficial.

Raised in Oakland, California, by his mother a minister, and father an entrepreneur, and member of the Black Panther Party, it is no coincidence Ron is advocating economic empowerment for African Americans, it’s his calling.  Creating and sustaining a vision for an organization requires discipline, creativity, passion, strength of will, excellent communication skills and the necessary knowledge and abilities to achieve long-term strategic goals.  Ron acquired his training from prominent corporations such as IBM, Xerox and Coca Cola serving as Senior Vice President and has been recognized as National Sales Person of the Year.  Leading the USBC has further sharpened Ron’s competencies as he defines the following 5-pillars of services for the USBC:

Access to Capital –  USBC works with financial institutions, particularly, Black-owned institutions, to create avenues by which Black businesses can gain greater access to credit, capital, and other funding resources.  Ron states access to capital remains the most important factor which inhibits Black-owned businesses growth and development.

Contracting Opportunities – USBC works to level the playing field by helping members gain access to business opportunities in the public/private sectors, as well as promoting circulating money in the Black community through USBC’s Buy-Black initiative.

Entrepreneurial Training – USBC has partnered with the University of Phoenix, the largest online university to provide quality educational opportunities and professional development resources to help members effectively grow their businesses. USBC has also partners with traditional and nontraditional institutions to provide its members with the best opportunities to grow and sustain their businesses, including a partnership with the Small Business Administration (SBA) to ensure members have key informational resources as it relates to business loans and educational workshops.

Chamber Development – USBC leverages resources to support its affiliate chambers through its annual School of Chamber and Business Management Conference geared towards developing and implementing best practices to ensure chamber sustainability.  In doing so, Ron explains the USBC uses a variety of tools, including training, web-based tools, peer networking, coaching and informational products.

The USBC membership can be defined in 4 categories, says Ron and they are:

• Membership #1 USBC represents a membership base of 265,000 small business owners

• Membership #2 USBC represents 139 Chambers of Commerce across the country, including Morocco and Durban South Africa.

Ron explained that some members join both their local Black Chambers to utilize local resources and the USBC to expand their reach to national and international opportunities.

One of the greatest challenges with leading the USBC, Ron confesses, is changing the mindset as to why we need a Black Chamber.  “Today, many are not aware or don’t see the true value in Black Chambers. The reality is Black Chambers serve as a vital part of supporting Black business owners.”  When you look at the growing rate of new businesses, Ron insists that Black Chambers are needed to support the rapid growth of Black entrepreneurs.

The definition of a “game changer” is a person that radically changes an industry or a company by transforming accepted rules, processes, strategies and management of business functions. Ron Busby embodies these qualities and has been recognized as one of the country’s best Chief Executive Officers and he reminds us that the struggle for parity for African Americans, is not over.   A visionary game changer, sounding the alarm and championing the needs of African American’s socio-economic survival and empowerment, daily.

To learn more about Ron Busby, Sr.  and the U.S. Black Chambers overall, please visit their website at
www.usblackchambers.org 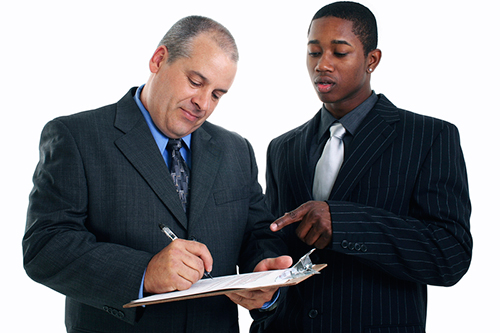 Will Being African-American Help Me Win Government Contracts? 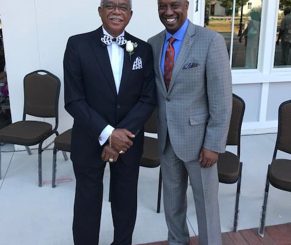 From Out of The Ashes… Beaufort County Black Chamber Preservers 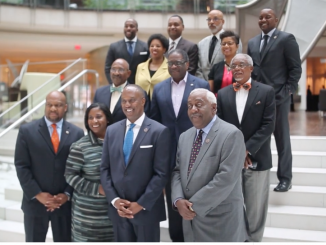