Black Wealth 2020, a new movement aiming to change the course of Black wealth in America, is gaining swift support from national advocates of economic justice.

“The struggle for Black wealth is a legendary struggle. And so whether we’re talking about what we have attempted to do in the past or what we should be doing now, the fact of the

matter is that African-Americans have not really realized their potential in this country,” says U. S. Rep. Maxine Waters (D-Calif.), ranking member on the House Financial Services Committee in a recent interview about the necessity of Black Wealth 2020. “If Black people are to have a future and to move forward, we’ve got to not only build wealth by home ownership, where we can build up our equity and have money to turn around and invest in business opportunities, but we must also learn more about and be aggressive in going after franchises and getting involved with investment opportunities – all of that is extremely important. And now is a very crucial time in the history of Black people.”

Two years ago, Waters was among the first to interact with the then fledgling group, founded by Michael Grant, president of the National Bankers Association; Jim Winston, president of the National Association of Black-owned Broadcasters (NABOB); and Ron Busby, president/CEO of the U. S. Black Chambers Inc. At that time the groups worked with Waters in an attempt to assure Black economic participation in a merger between NBC Universal and Comcast.
They were successful. The merger failed. But, the groups continued to meet and has since grown to about 10 heads of organizations with economic justice as core values. They convene monthly to strategize on ways to significantly strengthen Black homeownership, Black businesses and Black banks by 2020 and beyond.
In addition to Waters, their goals have attracted growing attention – and respect – from other major national leaders.

“What they are talking about is aligned directly with the work that we do on the ground,” say

Morial said he has discussed the goals of Black Wealth 2020 with the organization’s leaders and they are in sync with the goals of the NUL.
“I’ve met with them and I’m aligned with them,” he said. “We invited Michael to come to our conference. I mean, my philosophy is I believe in being supportive of everyone because we’re all aligned. We’re not competing with each other…What they are doing in their thrust is very welcome because for a long time the Urban League has been sort of holding up the economic empowerment banner in the civil rights community.”
Morial agrees the work of economic justice is crucial, but he also concedes it is daunting.
“It’s a very tall order because we lost so much Black wealth in a 10-year-period. In the period since the recession, we’ve lost almost 10 percent of our homeownership and it’s difficult to rebuild it and renew it because Black people are also – like many Americans – suffering from income inequality, earnings suppression, and wage stagnation,” Morial said.
The success of Black Wealth 2020 is contingent upon it remaining consistent, expanding and strategizing, says New York Sen. James Sanders Jr., who was so impressed by the organization’s goals that he has established what he calls a chapter of Black Wealth 2020 in South East Queens, N.Y.

“We consider ourselves a chapter of this amazing movement which is led by the people in DC. Now, having said that, we do hold the right to local creativity. The local group knows its community best and there will be no cookie cutter model that is right at all times for

all people. There has to be local initiative, local ingenuity to achieve our purposes,” says Sanders.

“Black Wealth 2020 right now is a movement. It’s an idea whose time has come. And people all over the U. S. are coming to this independently with varying degrees of success of course. With that, we need to institutionalize. We need to figure out what is the best approach and how do we go about this approach.”
In New York, Sanders has pulled together a group of local people who meet bi-weekly and envision, discuss and strategize on how they will economically impact the South East section of Queens. The meetings are private, he said, mostly so that they will remain focused.
“We have created three or four different committees – housing, banking, business and a marketing committee for the timing and strategy to get our message out,” he describes. “We have not spent much time going before the wider public as we are working out some of the finer points. We’ve been in this situation for 400 years. We can wait just a little longer.”
Like the D.C. model, first, they are studying and gathering information, Sanders said. Then they will decide how to go about impacting the economic lives of the people in that area of New York. He says, viewing themselves as a “test case”, realistic change will be the key evidence of success.
“In politics we do well what I call impression sessions where we announce some major victory that really isn’t and, you know, we get the accolades and people believe that something is happening…But this is too serious an issue – the issue of our survival – is far too serious for impression sessions,” Sanders said.
Simultaneously, back in D.C., the shared leadership team of Black Wealth 2020 continues to meet monthly. Attracting others with like minds, the group acts as a catalyst for economic growth.
In addition to Morial and Sanders, among those who have met with the D.C.-based group are Jim Coleman, president/CEO of Prince George’s County’s Economic Development Corporation; Robert  Greene president/CEO of the National Association of Investment Companies, which represents diverse-owned private equity firms and hedge funds; and Andy Ingraham, President/CEO, National Association of Black Hotel Owners, Operators and Developers (NABHOOD).
Ingraham credits Black Wealth 2020 for supporting his efforts to connect with major African-American groups in order to encourage them to hold conferences at Black-owned hotels.
“This has been ongoing with a number of African-American and other minority-owned organizations – about creating MOUs (Memorandums of Understanding) and a relationship so that they can use our hotels around the country,” he says. “At least $90 billion represents the total market value of the multi-cultural minority travel industry. And our goal is to get more of that business – not only in our hotels – but get more cities and more entrepreneurs to focus on gaining a share of that market.”
Among the connections facilitated by Black Wealth 2020 is one between NABHOOD and Dr. Paulette Walker, who was then president of Delta Sigma Theta Sorority, Inc. and also chair of the National Pan-Hellenic Council’s Council of Presidents, an umbrella organization for all nine Black Greek-lettered fraternities and sororities.
In addition to discussing the use of Black-owned hotels, Walker also passed the information to the Greek-letter organizations and has left information on the movement for her successor.
“Having that kind of information was very helpful in terms of how we -when considering hotels, barber shops or whatever it might be – can spread the knowledge and the information base. Because sometimes we have an information void,” Walker said. “The more people are aware of the concept of Black Wealth 2020 and are aware of what can be done, the more widespread the agenda can be.” 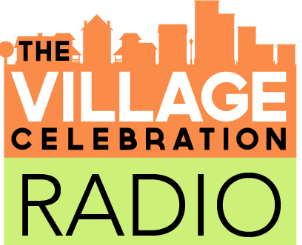