When Starbucks asked April Richardson to mail its CEO a sample of her cake, she went a step further: She sent herself.
“I tried every email variation of ‘Howard Schultz’ and sent him an email,” says Richardson. “One of them worked, and three hours later, I got a return saying ‘We would love to try your product, please ship it.’”

“But we had never shipped a cake before,” says Richardson. “We went through the whole gamut of possibilities, but nothing felt right. I booked a one-way trip to Seattle and delivered the product myself, and said, ‘I know you’re expecting UPS, but you got me instead.’”
This risky but pivotal move was one of many that rapidly transformed Richardson’s Delectable Cakery and its signature product — the DC Sweet Potato Cake — from an obscure local treat into a product ubiquitous in Starbucks, specialty stores and supermarkets in D.C., Maryland and Virginia. Richardson’s bold move also landed her business a coveted spot on QVC.  The shopping channel features the cake on holidays, with Richardson — an attorney by training — as its pitchwoman.
Unlike the tales of many a lawyer who turned a cooking passion into a business, Richardson does not bake.
Born to a family of 15 and living in a four-bedroom house in a tough West Baltimore neighborhood, her passion was using her legal talent to see that the community businesses with which she grew up survived, especially during the 2007-08 economic downturn.
“I represented everybody during the foreclosure crisis, and it was hard to watch,” Richardson says. “So, I started ghost-whispering to them, offering strategies for turning their businesses around. It was my way of giving back.”
One such business was Delectable Cakery, a small bakery that pinned its hopes on an unusual sweet-potato cake recipe passed down by the founder’s mother. Richardson saw the potential, and brought her experience to the table.
“I looked at the books and said, ‘The only way I’m involved is that no matter what I ask you to do, the answer must be yes. I have to make sure your families are fed.’ We spent the first year just making sure old customers were happy. We gave away a whole lot of cake and wrote off a whole lot of invoices,” Richardson says.
“We couldn’t bring on more clients until we got our house in order. Once we did, it was time for us to bring on partners,” Richardson says. That decision led her to approach Starbucks.
“We started with two Starbucks stores — in Capitol Hill and Georgetown. Two weeks later, we were in 11 stores.”
Customers were excited by the products and because the business is local and woman-owned, according to Richardson. Yet, while Delectable Cakery built its early reputation in the black community, Richardson thinks being a black-owned business is important, but less key to its growth.
“Some black companies focus so much on the African-American market that we forget that other people want our products as well,” says Richardson. “When we do that, we give up our access to other people and their money.
“We want people to understand that cake is for everyone. When people taste it they say, ‘This is a great product.’ They don’t say, ‘This is a great product for a black piece of cake.’”
Delectable Cakery’s success helped inspire Starbucks’ “Project Engine,” a program that gives small companies access to the Seattle-based powerhouse’s leadership and helps them scale up.

“We aim to be relevant in the communities we serve,” Erin Jane Schaeffer, Starbucks’ communications manager, said of DC Sweet Potato Cake and Project Engine.
“Some products will be offered locally, others will expand, depending on what resonates with our customers. What we do is simple — we put these local food items into 10 or 30 of our stores. After that it is up to our customers.”
Richardson will open a retail shop called DC Sweet Potato Cake and Café in late 2016, in the booming Arts District of Hyattsville, Maryland, just across the Washington, D.C. line. She also plans a 20,000-square-foot facility to produce and distribute cakes to some 300 Starbucks outlets as well as Safeway and Wegman’s grocery stores.
As they organize for more growth, Richardson says her company will keep taking risks and follow one basic guideline: “Don’t tell me no until you taste the cake.” 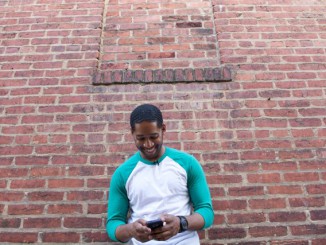