For small, tribally-owned businesses trying to establish themselves in the American marketplace, success can be both elusive and fleeting.  It has been neither for Mandaree Enterprises, LLC (MEL) and its CEO, Clarence O’Berry.  Now, in its 26th year of operation – 23rd with O’Berry at the helm – MEL has grown from a fledgling reservation-based operation with a total of five employees and one customer into a dynamic family of twelve companies with over 450 employees, operations in 26 U.S. states and overseas, and a highly diverse customer base.  It supports over a dozen federal agencies and installations, as well as all four uniformed services.  The services MEL provides are as varied as its federal customers.  They include logistics, project management, training and professional staffing support, construction, sustaining engineering, corrosion control, military exercise planning, facilities management, healthcare claims processing, bulk fuel hauling, shuttle bus services, and equipment sales and leasing, among others.  MEL has also made a concerted push in recent years for commercial diversification to reduce its companies’ reliance on the federal marketplace, and to increase their creditability and sustainability after SBA graduation.  In assembling MEL’s commercial options, O’Berry has placed a premium on heterogeneity, as the current slate of offerings attests:  real estate and franchise sales, business marketing services, manufacturing, and an e-commerce and branding platform for the products of independent artisans.  Thinking broadly and creatively about commercial diversification has served O’Berry extremely well:  MEL’s commercial revenue has grown from a trace amount in 2012 to a full 20% of total calendar-year revenue in 2015.
Yet, with all this expansion in the federal and commercial marketplaces, MEL remains immovably rooted in the Fort Berthold Reservation where it began, and profoundly invested in the Mandan, Hidatsa, and Arikara Nations whom it serves.  MEL’s fundamental mission of providing the tribes with enduring economic development and meaningful career opportunities on and off the reservation is one of the few things that haven’t changed over the years.
Making Growth Happen

MEL’s road to success was littered with the same obstacles that confront virtually any reservation-based enterprise at the outset:  lack of access to working capital, geographic isolation, and exclusion from majority-culture business networks.  That MEL has managed to clear them all is a testament to the potent combination of business savvy and raw determination O’Berry has brought to the job.  He has both a passion and a talent for reframing the traditional liabilities of tribal ownership – real and perceived – as unique business assets that can be leveraged to advantage in the 21st-century federal 8(a) and commercial marketplaces.  MEL owes much of its growth to O’Berry’s dogged pursuit of federal contracts that prioritize minority ownership.  Of course, certain challenges of tribal entrepreneurship are inherently resistant to reframing.  They simply are what they are, and O’Berry doesn’t waste any time mourning them.  Rather, he approaches them head-on, unflinchingly, methodically, and with all the resources he can muster.  This is how MEL went from a small tribal business whose limited access to traditional lending sources threatened its very survival to a thriving suite of firms with the resources, not only to fund its own operations, but to target and acquire other businesses as well.

As the commercial arm of a federally-recognized tribal nation, MEL shares in the tribe’s sovereign immune status.  In order to off-set the risk for loss posed by sovereign immunity to lenders, MEL was required to pay above-market interest rates and accept more stringent borrowing terms than typical borrowers.  O’Berry personally guaranteed loans made to MEL to keep the business afloat.  He imposed strict limits on overhead spending, and used the savings to pay down the company’s debt and make MEL more attractive to lenders.  He developed business relationships with larger firms who, in turn, provided MEL with references of credit-worthiness to their own funding sources.  He transformed the company from an operational support contractor to a provider of professional services in order to yield higher margins and accelerate debt reduction.  Finally, he established a superior record for timely loan repayment, and, gradually, larger loans were made available to MEL.  None of this was fast; certainly none of it was easy.  What it was, was disciplined, deliberate, and effective.  (“Success,” O’Berry is fond of saying, “is not an accident.”)  Above all, it showcased the persistent blending of the personal and the professional that characterizes O’Berry’s distinctive leadership style.  His abject investment in the success of his company raises the stakes for everyone employed by it, and creates a culture of pride, loyalty, and accountability that makes that success all the more attainable. 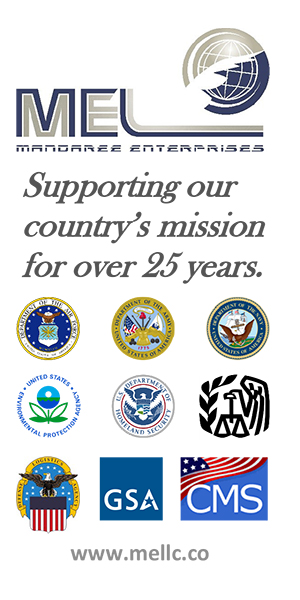 The same discipline O’Berry brought to expanding MEL’s access to capital guides his approach to entrepreneurship generally.  In his view, what is worth creating, is worth preserving.  So, when you build a business, you build it for long-term viability.  In practical terms, this means crafting a well-articulated five-year plan and sticking to it.  It means tending to infrastructure:  human resources, information technology, and finance.  It means remembering that diversity gives you options, and extending yourself accordingly to add new products, new service lines, and new customers.  Throughout its existence, MEL has never stopped growing, and it has never stopped changing.  Products and services are added and dropped as opportunities present themselves, as contracts begin, and as they end.  When MEL opened for business in 1990, it was as the Mandaree Electronics Corporation.  At that time, MEL had a single product, electrical assemblies and wire harnesses for military weapons systems, and a single customer, its corporate mentor company through the U.S. Department of Defense Mentor-Protégé Program sponsored by the U.S. Air Force:  the Northrop Grumman Corporation.  In 2014, after nearly 25 years in operation, the electrical assembly and wire harness facility was shuttered, and MEL manufacturing brought to an apparent end.  Many new lines of business had led to exponential growth in the meantime, but the foundational business had simply outlived itself.  Yet, as things change, they can easily change again for an enterprise that remains open to new opportunities.  A year after the closure of the Fort Berthold manufacturing facility, MEL acquired an operation for the production of military- and commercial-grade tactical gear and accessories.  Its signature product – a light-weight, customizable ballistic vest – has already garnered MEL a wide commercial, municipal, and federal customer base.  Additionally, MEL’s newly acquired capabilities with hook and loop technology helped secure it a coveted contract with the emerging “Stop the Bleed” initiative through the Department of Homeland Security.  MEL supplies “Stop the Bleed” with custom-designed bleeding control kits for a blanket distribution to educational institutions and local governments nationwide.  Thus, while one door has closed, several others have opened.  This sensational return to the manufacturing arena has abundantly rewarded MEL’s ability to change and adapt in tandem with its growth.
Here again, O’Berry’s own approach, with its conspicuous melding of rigor and flexibility, informs the corporate culture.  He firmly believes, for instance, in the vital importance of drafting and adhering to a strong five-year plan, yet openly recognizes the need to treat even the most well-conceived plan as a living document subject to occasional amendment and reinterpretation.  While such apparently contradictory notions may seem to prompt accusations of erraticism, they are reflective of anything but.  Genuine flexibility in business requires tremendous discipline.  Success all too easily invites complacency and aversion to risk.  Long-term planning can generate the comforting illusion of control while, in fact, steering the enterprise toward self-inflicted obsolescence.  Long-distance vision can reveal itself as myopia.  O’Berry continually pushes himself and his staff to embrace change, seek innovation, and adapt for lasting success.  These are no mean feats, but they are ones best tackled the way MEL team does:  together.
A Personal Approach 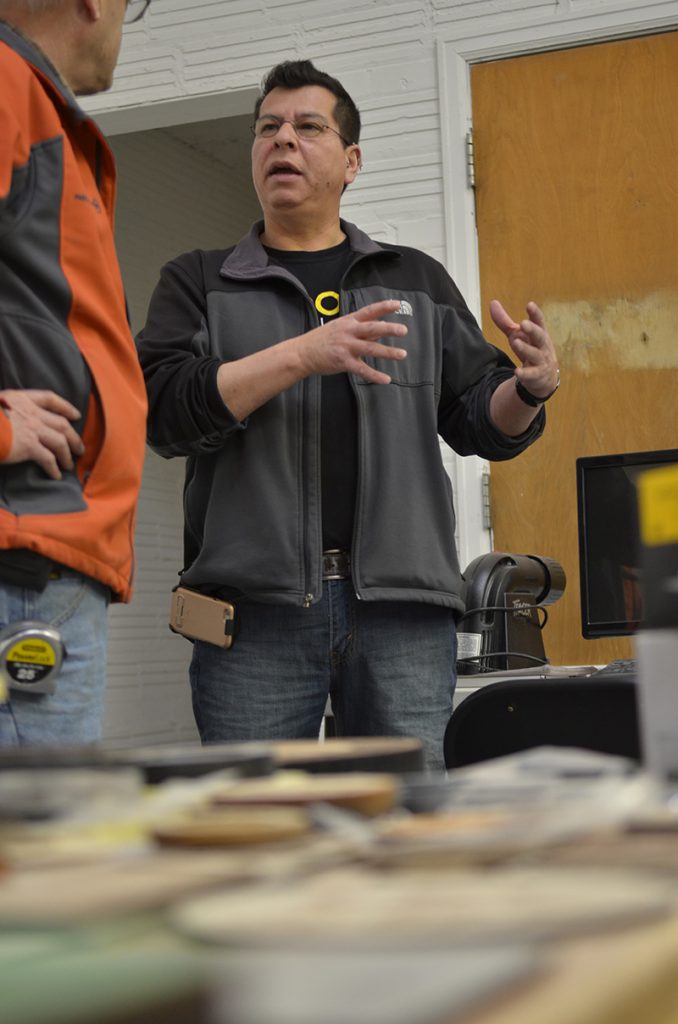 O’Berry understands the importance of relationships in business.  Among other things, he appreciates the benefits of stability and continuity that good working relationships confer.  Long-term business relationships, like any sound investment, generate both security and interest.  Well-chosen external partners introduce best practices, access to capital, and tested strategies for increasing revenue.  Internally, O’Berry runs a remarkably “flat” organization.  While there is a clear chain of command in place to maintain order and efficiency, the divisions between supervisors and subordinates are kept porous enough to facilitate the open, regular communication that engenders rapid, judicious action.  O’Berry works closely and collaboratively with his employees, cultivates their talents, supports them, and lets them know they are valued.  He makes a point of listening more than he speaks, and has no qualms about losing his fair share of arguments.  Through his humility, his professionalism, and his unwavering loyalty to the company and the people who make it run, O’Berry commands rather than demands resect.  Business, to his mind, is a team sport, and he earnestly advises aspiring entrepreneurs to make a priority of assembling the right team.  “Everything,” he has learned, “is easier when you surround yourself with talented people.”  At a time when American business culture has become increasingly nomadic, O’Berry has demonstrated a remarkable knack for keeping his people around.  He has made MEL a place to stay; a place to build and spend a satisfying career.

When Hard Work Doesn’t Go Unrecognized
While dedication to the job is meant to be its own reward, external recognition is nonetheless gratifying.  Both MEL and O’Berry have garnered numerous accolades over the past two decades.  MEL has claimed the National Center for American Indian Enterprise Development’s distinction of “Tribal Enterprise of the Year” (1997, 1999, 2002); the U.S. Department of Defense’s Nunn-Perry Award (1999, 2000); the SBA’s Administrator’s Award for Excellence (1998, 2001); Northrop Grumman’s “Star Supplier” (1999, 2000, 2012) and “Top World Class Team” (2005) awards; and the North Dakota Indian Business Association’s “Tribal Enterprise of the Year (2014).  Clarence O’Berry has been named to the Minority Network Association’s list of “25 Powerful Minority Men” (2008) and the Minority Business and Professional Network’s list of “50 Influential Minorities in Business.”  Already in 2016, he has been selected by the U.S. SBA North Dakota District Office for the rarely bestowed “Entrepreneurial Success Award,” and honored as a “Technology Business Executive” by MEA.  With his characteristic focus on collaboration, O’Berry has chosen to accept these awards “on behalf of his team.”
Mandaree Enterprises, LLC is an SBA 8(a)-certified, Native American business owned and operated by the Three Affiliated Tribes of the Fort Berthold reservation in North Dakota.  Clarence O’Berry is an enrolled member of the Sisseton-Wahpeton Oyate Sioux Tribe.