The slowdown in the Chinese economy that has whipsawed the markets all the summer could continue rattling our economy in the months ahead.

There has been a steady stream of bad news coming out of China. The value of China’s exports in September fell 3.7% from a year earlier. More worrisome: Imports collapsed by more than 20%. The bigger picture looks just as bleak. China’s gross domestic product rose 6.9% in the third quarter, the slowest quarterly pace since 2009, when global economies were mired in recession. Though the GDP number was better than expected, many economists believe the economy may be in worse shape than the report indicated.

The downturn in the world’s second biggest economy has fueled fear of a global slowdown, which explains the market’s unease. During a two-week period beginning Aug. 17, the Shanghai Stock Exchange Composite index, China’s benchmark, tumbled 19%. When the Chinese government failed to take aggressive moves to stem the drop – as it did in previous market disruptions, investors around the world grew nervous. The Standard & Poor’s 500 stock index fell 5% in the same period, and its continued volatility reflects concern about China.

As we head into the final quarter of 2015, we could experience a wider economic impact —both good and bad —as Beijing tries to revive its economy.

China’s global economic influence was apparent in August, when its central bank suddenly devalued the yuan, its currency, in an attempt to boost exports. That, along with the market’s negative reaction, likely persuaded the Federal Reserve to delay an increase in interest rates. Earlier this year, the Fed appeared committed to raising rates before the end of the year.

Further devaluations are possible. The yuan has already appreciated by more than 10% relative to China’s trading partners, according Jeffrey Gundlach, manager of the top-performing Doubleline Total Return Bond Fund (DBLTX). Other Asian currencies have been “systematically weak” since 2012, while China’s has been relatively strong.

If his assessment is accurate, the Fed will think twice about raising rates. China has effectively strengthened the dollar versus the yuan, making Chinese imports to America cheaper.  Raising rates would only strengthen the dollar further, making U.S. exports more expensive. What’s more, with U.S. inflation already low, there’s less pressure on the Fed to act.

That means the U.S. economy may be stuck in a low rate environment for some time. That’s bad news for savers and retirees who keep their assets in interest bearing assets, such as certificates of deposits. But it’s good news for borrowers. Mortgage rates, for instance, will likely remain low.

Consumers could also benefit from even lower energy prices. Oil is priced in dollars. That means China, with a weakened yuan, would have to pay more for energy from elsewhere. That could force China to reduce its energy imports, driving oil prices lower. As gas prices follow suit, American households could be a big beneficiary.

Conversely, a stronger dollar relative to the yuan means new hurdles for American businesses. Not only would exporters find it tougher to sell more expensive goods to Chinese consumers, but the value of income generated by robust American subsidiaries in China would decline as they repatriate profits.

Lower earnings could lead to slimmer payrolls. The energy and materials sectors are especially vulnerable, as well as technology companies. In its latest fiscal quarter, Apple (AAPL) reported that its revenue from greater China, which includes Taiwan and Hong Kong, more than doubled.

Though the yuan strengthened a bit against the dollar since August, it’s not certain the trend will last. In a rare press conference after the surprise August devaluation, China’s central bank said the yuan would resume its climb and dismissed claims that it wanted to devalue the currency at least 10% to support exports. In October, the U.S. Treasury dropped its characterization of the yuan as “significantly undervalued” in its latest foreign exchange report to Congress.

These actions suggest that as the bad economic news piles up, China’s policy makers are unlikely to sit still on the sidelines for an extended time.

Mr. Petiri is the owner of Financial Management Strategies, LLC (FMS) a Registered Investment Advisor established in the year 2000. He has over two decades of financial experience that covers virtually all areas of finance from tax, insurance, stockbroker, personal financial planning and personal banking to corporate credit, business planning and consumer lending. Additionally, in 2011 he co-founded CASI Institutional Consulting, Inc. (CIC) an institutional investment advisor that provides Investment policy statement (IPS) preparation, investment manager search and selection, and state of the art asset allocation designs including the creation and implementation of emerging and diversely owned investment manager initiatives.  Combined he advises on over $3. 3 billion of assets invested by clients who are public pensions, state funds, private endowment and foundations, as well as select individuals.

He is a graduate of New Jersey’s Montclair State University with a degree in both business management and finance. Mr. Petiri is a recipient of the Accredited Asset Management Specialist designation from the College of Financial Planning in Denver, Colorado. He is also a Registered Financial Consultant and select member of the International Association of Registered Financial Consultants, an organization of professional financial advisors who are required to maintain a high standard of education, experience and integrity.

Mr. Petiri has frequently been heard on WEAA (88.9 FM) as a financial commentator, appeared on WMAR-TV 2 regarding the 2008 & 2009 economic downturn, and MTA Commuter Connections regarding residential land development. He has been interviewed and quoted by the Investment News magazine, written for the Journal of Personal Finance, is a frequent contributor to the IARFC publication, The Register, Popular Finance (of China), Minority Enterprise Advocate magazine, and publishes a monthly financial advice column called the Foresight. Mr. Petiri was also quoted inBankrate.com and currently writes for the Baltimore Examiner. Most recently, Walid’s articles can also be found on Aging News Alert, Morningstar.com, USAToday.com, TheStreet.com, Wall Street CheatSheet, Examiner, and AdviceIQ.com.

In June 2012, Walid was featured in Smart CEO Magazine – Baltimore for the 2012 Top Money Managers Wealth Management. Walid also serves on the Finance Committee of Associated Black Charities and is member of Bethel African Methodist Episcopal Church. He is a devoted parent to his son and daughter. 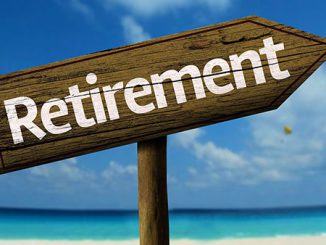 Who benefits when a business goes cashless? 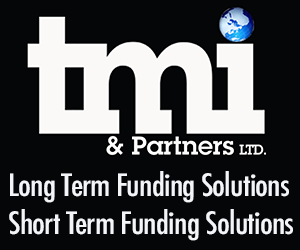 The Black Economic Forecast: Fighting Back with the Dollar and the Vote – ALC ’18